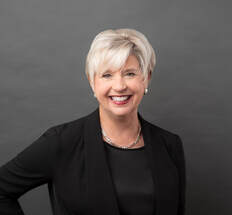 Donna Meyer, MSN, RN, ANEF, FAADN, FAAN is chief executive officer (CEO) of the Organization for Associate Degree Nursing (OADN) and is an executive leader in the National Education Progression in Nursing Collaborative (NEPIN). Prior to beginning her tenure as OADN’s CEO, she was the dean of Health Sciences at Lewis and Clark Community College and the director of the Lewis and Clark Family Health Clinic.

Ms. Meyer’s is the recipient of various awards for her work including: MetLife Community College Excellence Award for Innovation, Illinois Nurses Association Innovation in Health Care Award, Illinois Community Administrators Award for Innovation, Illinois Nursing Pinnacle Leader of the Year, the Southern Illinois University Outstanding Nursing Alumni Award, YWCA Woman of Distinction Award, and was inducted into the Southern Illinois University Hall of Fame. In 2015, she was bestowed the Professor Emeritus designation from Lewis and Clark Community College.

She has published in numerous journals and presented at both national and international conferences on nursing leadership, innovative clinical practice, and education. She is a fellow in the American Academy
of Nursing, National League of Nursing’s Academy of Nursing Education, and an honorary fellow in the Academy of Associate Degree Nursing.
This initiative is supported by the Robert Wood Johnson Foundation (RWJF).
Photos courtesy of: Emory University Nell Hodgson Woodruff School of Nursing, GW School of Medicine and Health Sciences, and GW School of Nursing.