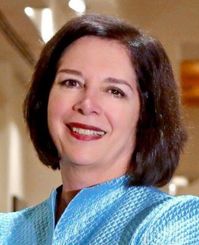 Eileen Breslin, PhD, RN, FAAN is dean of the School of Nursing, University of Texas Health Science Center
at San Antonio. Dr. Breslin rose through the ranks at Northern Arizona University becoming a full-tenured Professor and Chair of the Department of Nursing before moving to the University of Massachusetts – Amherst to serve as dean of the School of Nursing and also hold the position of interim dean for the School of Public Health & Health Sciences. Dr. Breslin is a distinguished practitioner in nursing in the National Academies of Practice and a fellow in the American Academy of Nurse Practitioners. She serves as member of the Hospital Networks Advisory Board at The Patient Channel. She was appointed by DHHS Secretary ​Tommy Thompson to serve on the National Advisory Council for Nursing Education and Practice. She served as chairman of the Board of American Association of Colleges of Nursing since March 28, 2014. She served on the Boards of the American Association of Colleges of Nursing and the Massachusetts Organization of Nurse Executives. Dr. Breslin received her bachelor’s degree from Northern Arizona University. She obtained her master’s degree from the University of Arizona in Tucson, and her PhD from the University of Colorado Health Sciences Center in Denver.
This initiative is supported by the Robert Wood Johnson Foundation (RWJF).
Photos courtesy of: Emory University Nell Hodgson Woodruff School of Nursing, GW School of Medicine and Health Sciences, and GW School of Nursing.