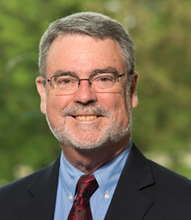 Dr. Mullan guides the development of the project, spearheads the Initiatives funding stream, and serves as a resource to researchers on social mission. Dr. Mullan is a professor of Health Policy and Pediatrics at The George Washington University. Health equity has been the theme of his career with time spent as a medical student-civil rights worker in Mississippi, a resident in the South Bronx, an National Health Service Corps physician in northern New Mexico, a pediatrician-teacher at a health center in inner city DC, a medical education advisor in sub-Saharan Africa, and as a leader of the social mission movement in medical education. He is a graduate of Harvard University and the University of Chicago Medical School and served 23 years in the United States Public Health Service, starting as an NHSC physician in the in New Mexico and later as director of the program. Subsequently, he directed the Bureau of Health Professions and attained the rank of Assistant Surgeon General. He also served as the Secretary of Health and Environment for the state of New Mexico. His research and policy work focus on US and international health workforce issues including the Beyond Flexner Study, the Medical Education Futures Study, and the Sub-Saharan African Medical School Study. He has written widely for professional and general audiences. His books include White Coat, Clenched Fist: The Political Education of an American Physician and Big Doctoring: Profiles in Primary Care. He is the Founding President of the National Coalition for Cancer Survivorship, the Founding Board Chair of Seed Global Health, Board Chair of the Beyond Flexner Alliance, and a member of the National Academy of Medicine of the National Academy of Sciences.
This initiative is supported by the Robert Wood Johnson Foundation (RWJF).
Photos courtesy of: Emory University Nell Hodgson Woodruff School of Nursing, GW School of Medicine and Health Sciences, and GW School of Nursing.