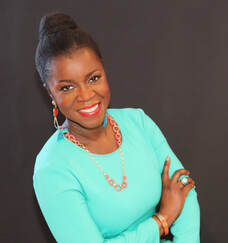 Launette Woolforde, EdD, DNP joined Northwell in 2005, where she has held several progressive clinical leadership roles. She has also served in the academic setting as a professor at several nursing schools. Dr. Woolforde has earned numerous degrees, including a Doctor of Nursing Practice from Case Western Reserve University and a Doctor of Education from Columbia University, Teachers College. She is also an inductee of Columbia University — Teachers College Hall of Fame, a fellow of the New York Academy of Medicine, and a fellow of the esteemed American Academy of Nursing.

Dr. Woolforde’s professional achievements include co-leading Northwell to become the first health system to earn the Center of Excellence in Nursing Education status from the National League for Nursing. She also co-authored the current national Scope and Standards of Practice for Nursing Professional Development and serves on the Board at the National League for Nursing (NLN) and the Association for Nursing Professional Development (ANPD).
This initiative is supported by the Robert Wood Johnson Foundation (RWJF).
Photos courtesy of: Emory University Nell Hodgson Woodruff School of Nursing, GW School of Medicine and Health Sciences, and GW School of Nursing.