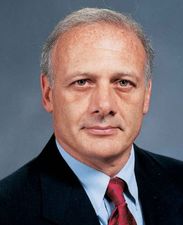 Dr. Nasca has been a leader of most organizations responsible for support and oversight of graduate medical education, as well as others engaged in oversight of the continuum of medical education in the United States. He is the recipient of numerous institutional and national awards (most recently the Weinberger Award for Leadership from the American College of Physicians, the Miller Award from the American Association of Colleges of Osteopathic Medicine, the Dooley Award from the Dooley Society of the University of Notre Dame, the Alumni Achievement Award from Jefferson Medical College, and the Distinguished Service Award from the Federation of State Medical Licensing Boards). He is the recipient of numerous honorary degrees and commencement addresses, the author of more than 175 articles and chapters, and has given more than 500 presentations on medical education to national and international audiences.
This initiative is supported by the Robert Wood Johnson Foundation (RWJF).
Photos courtesy of: Emory University Nell Hodgson Woodruff School of Nursing, GW School of Medicine and Health Sciences, and GW School of Nursing.